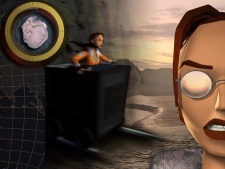 The Antarctica Section is the last of the five sections of Tomb Raider III. It can be visited after completing all of the other sections: India Section (the first one), Nevada Section, London Section and South Pacific Section.

The section is set on Antarctica, and it consists of four levels.