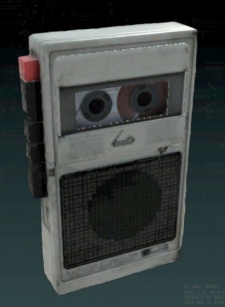 Regrets is a Document in Rise of the Tomb Raider. It belongs to the Journal of Lord Croft set and contains Lara's father's research note and other, more personal messages to Lara. They mainly cover his problems with his research after his work was discredited as a fools errand.

Dad... I'm so sorry I didn't believe you. I wish there was some way to tell you what I've discovered.
Description


Lara has accused me of paranoia, again. Perhaps she's right. But I've been approached by people asking to see my research. People offering no credentials.

I'm sure someone is watching me. Strangers outside the manor house. Odd phone calls at odd hours. And then, last night, the house alarm was tripped. Someone had tried to break in.

I believe they represent an organization called Trinity. There are oblique references to them in much of my work. What they're after, I do not know. But I've begun taking steps to ensure my work remains secure.

One day, I hope Lara will understand why I did all this.
Content
Retrieved from ‘https://www.wikiraider.com/index.php?title=Regrets&oldid=46063’
Categories: