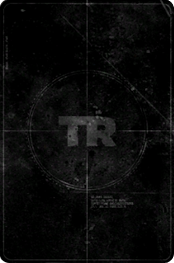 Expedition Cards represent a new in-game feature introduced in Rise of the Tomb Raider. These cards play an important role in all extra gameplay modes.

There are several types of Expedition Cards, each applying unique changes to the experience. While some cards have mere cosmetic effects, most of them offer score multipliers to help improve your performance in Score Attack.

Cards also have different levels of rarity, ranging from one to five stars. Generally speaking, five star cards are foil and as such can be used infinite times, but it's worth noting that outfit and weapon cards also are permanent, regardless of their individual rarity. Foil cards are easily distinguished by their gold borders and distinct shine in the card selection screen.

These cards give Lara a different appearance.

These cards will modify Lara's arsenal.

"Collect 150 cards"
Quite the Collector is one of the Achievements in the PC and Xbox One versions of Rise of the Tomb Raider. It asks you to collect 150 cards.

"Collect 300 Cards"
These Belong in A Museum is one of the Achievements in Rise of the Tomb Raider. It asks you to collect 300 cards.

Other cards can be added by either receiving them as Gifts (e.g. when they are part of an add-on or as an in-game reward) or by purchasing a pack in exchange for credits in-game or by buying them for real money in the Xbox store.

Awarded for killing the bear in the Siberian Wilderness.

Awarded for escaping the gulag.

Awarded for finding the Atlas.

Awarded for finding the lost city of Kitezh.

Awarded for completing Rise of the Tomb Raider.

rewarded at intervals for earning medals in Score Attack; last unlock at 80 medals

rewarded at intervals for completing challenges in Expeditions; last unlock at 500 challenges

rewarded at intervals for completing missions in Remnant Resistance; last unlock at 30 missions

rewarded at intervals for extracting artifacts in Endurance Mode; last unlock at 100 artifacts

The following card packs are gifted to the player upon installation of their respective downloadable content.


Packs available in the marketplace

All of these card packs can be acquired with in-game Credits, however, you also have the option of purchasing packs using real money through the virtual store of your platform. Diamond and Platinum packs have been introduced to the game with the launch of the 20 Year Celebration edition.

The Diamond Pack contains 30 expedition cards, of which at least seven are guaranteed rare cards.

The Platinum Pack contains 15 expedition cards, of which at least four are guaranteed rare cards.

The Gold Pack contains 5 Expedition Cards, of which at least one is a guaranteed rare card.

The Silver Pack contains 5 Expedition Cards, of which at least one is a guaranteed uncommon card.

The Advantage Pack contains 5 Expedition Cards which will give Lara an advantage.

The Challenge Pack contains 5 Expedition Cards which will inflict a restriction on Lara or make gameplay more difficult.

The Wild Pack contains 5 Expedition Cards which will have, as the description says, a highly unique impact on gameplay.