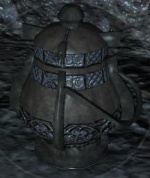 The Secret Vases are located in many places throughout the levels. The player can usually tell which vases contain Treasures, as Secret Vases are often more decorative than others around them in the level. Their appearance is different depending on the section that's being played; their appearance in the Mediterranean Sea Section, the Jan Mayen Island Section and the Arctic Sea Section is the same, though. 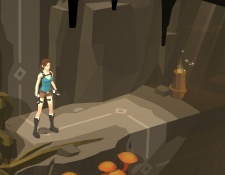 The Secret Vases in Lara Croft GO are plain brown clay pots that emit a faint golden light and that can be broken by Tapping on them once from anywhere on the screen. They are sometimes hidden behind shrubs, outcrops, or moving objects, though, and can only be seen when Lara moves around a bit or triggers a movement in her surroundings, like Moving Bridges.