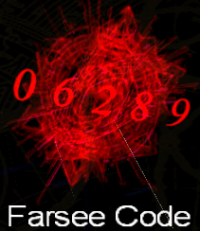 Farsee Code is a code found twice in The Angel of Darkness.

They're obtained by Kurtis Trent with his telekinetic powers in the levels The Sanitarium and Maximum Containment Area.

The Farsee Code found in the level The Sanitarium, has the code 06289 on it.

The Farsee Code found in the level Maximum Containment Area, has the code 17068 on it.

This disambiguation page lists articles associated with the same title.
If you were led here by a link, you may wish to change it to point directly to the intended article.
Retrieved from ‘https://www.wikiraider.com/index.php?title=Farsee_Code&oldid=39713’
Categories: